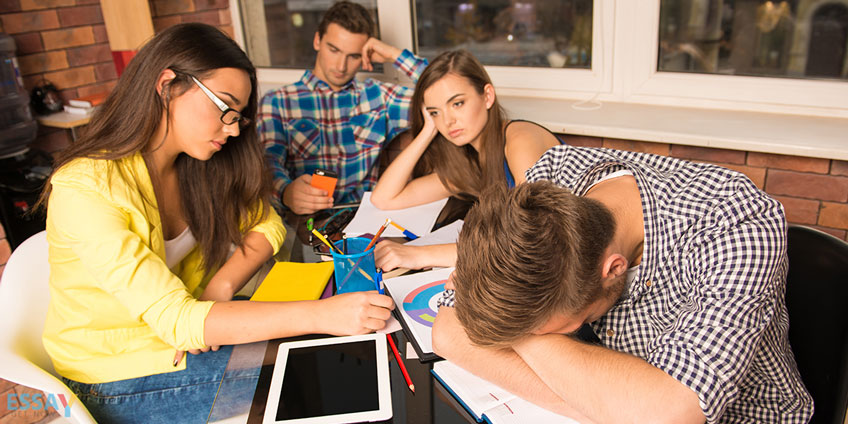 Not many people believe it is. This is because not many people know about how to maintain a kind of lifestyle which would allow for such productivity.

It is common to think of students as eternal procrastinators who are always tired and late everywhere. However, it does not have to be the case with you. In this article you will learn how to study every day and not lose your mind.

What Pushes You to Study?

Before I even start to offer you tips on boosting your productivity, it is important to understand the driving force of the studying process. Why do you make yourself do all this work when you could have just relaxed on the coach. There are two main reasons: necessity and ambition.

Often both are closely intertwined. However, in order to persist in your endeavors, you need to be motivated. This is where dopamine comes in handy. This neurotransmitter is responsible for the action initiation. If you lack it, you won’t be able to push yourself to do anything.

Its lack is also associated with Parkinson’s disease. However, in your case it will most likely simply lead to exhaustion. Once you are out of dopamine, you will just end up lying in bed, unable to force yourself to do any work. It happens to everyone, although the frequency and extent are purely individual.

Now that you know that your motivation to study is linked to the dopamine amount, you should probably develop some rules and techniques which would prevent you from depleting it. One of those methods is definitely sports.

Sport does not only improve your physical health – it is also great for your mental well-being. Many experiments revealed that mice which had running as their pastime had twice as much dopamine as their passive counterparts.

In addition, sport regulates the level of dopamine in your body so that you are neither apathetic nor overly excited. It is extremely important as those who work too much tend to burn out faster and will need longer times to recharge.

Sport prepares you for studying as all those extra dopamine hormones help neurons wire faster and make the information accumulation much easier. Moreover, it also triggers neurogenesis or the creation of new neurons. Apart from the cognitive benefits, you will also feel less anxious or depressed.

You remember that drowsy feeling after a big meal? Many believe that it is okay to take a nap and relax after it, but this is not what neuroscientists say. Actually one should always leave the table with a slight feeling of hunger as it stimulates neurons which in their turn produce more dopamine.

A healthy diet is crucial to your success as a student. Research reveals that those who consume sugar on a regular basis have weaker dopamine output and are not as eager to study. They also tend to be bigger procrastination as their motivation is usually not so strong.

It is important to try and consume food which has an L-tyrosine amino acid. This amino-acid is where dopamine comes from. So, the more you stuff your body with it, the more likely you are to have a good storage of this powerful hormone.

Of course, it is always better to prevent burnouts from happening by exercising, dieting and having rest in the evenings, but if it happens, do not blame or overstrain yourself any further. Just take a day or two off and relax.

Scientists prove that people recharge at different paces. So, do not look at others and watch your own body. It is the ultimate judge of your well-being.