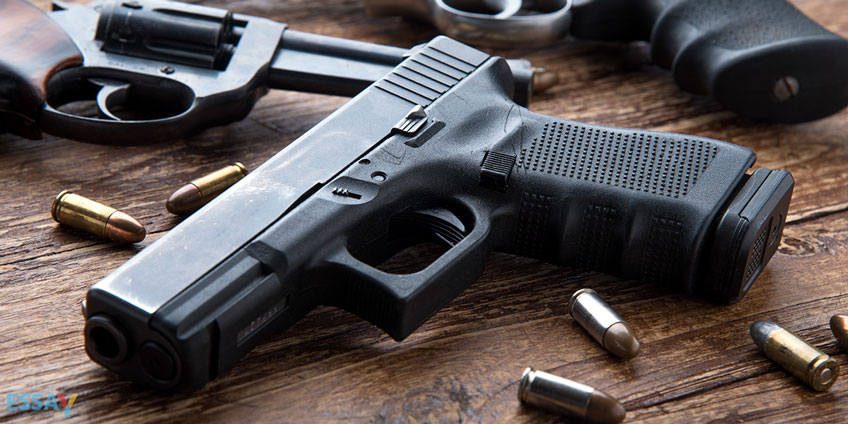 In the aftermath of the recent Florida school shooting, it is crucial to address this issue once again – does the US need stricter gun control. For me the answer is obviously yes. So, in this article I will try to craft pro ideas for an argumentative essay.

Many pro-gun people maintain that bad folks will find ways to procure firearms and rifles despite all the control. However, for me it is not a reason not to attempt it at all.

First of all, it is worth looking at statistics. The US suffers more mass shootings than any other developed country in the world. Nations which have stricter gun control laws generally experience much higher levels of safety.

Secondly, very often violence is an impulsive decision. If a young unstable person does not have an easy access to guns, they will be forced to enter a cool-off period, after which they may not be as inclined to kill all their classmates anymore.

Thirdly, even if that particular person does not have a gun due to their mental disability, they are able to steal one from their not so responsible relatives. The fact is that it is much easier to take a gun from your uncle’s basement than buy it on the black market.

Many people would say that if guns are better monitored than perpetrators would find other ways to commit their crimes. It is true to some extent, but again, not a reason to leave guns alone.

If one is truly determined to hurt others, they will do it – however, isn’t it obvious that a knife, for example, is a much less effective weapon than a gun? You can actually run away from a person with a knife, while a bullet can reach you from really long distances.

In the old times it took forever to recharge a bullet. Modern guns can shoot non-stop – thus, giving a killer almost supernatural powers. So, even a short lanky teenager can become a real threat when they are given a gun.

Moreover, it is easier to stop a person with a knife than one with a gun. It has much to do with the fact that a shooter would not let a potential hero get close to them. If a killer handles a knife, they need to be really close to a victim to kill them – this way they are less equipped for defense.

Let’s face it – no gun violence has ever been stopped by a hero with a gun. This is because normally people do not expect to be shot when they go to school or a movie theater.

This is one of the most popular arguments of pro-gun proponents – a myth about a legendary hero who would turn the killer’s weapon against them. However, in reality the majority of folks would either try to hide or run away. There is simply not enough time to spare to pull out their gun and try to save the day.

Moreover, most smart people keep their guns locked in their houses. This has to do with children’s safety, as they can accidentally shoot themselves if they find their parents’ toys. So, even though fighting a mass shooter with a gun sounds cool and romantic, it does not work in real life.

It is obvious that gun violence needs to stop. Gun control is the only solution if Americans want to feel safe in their country.