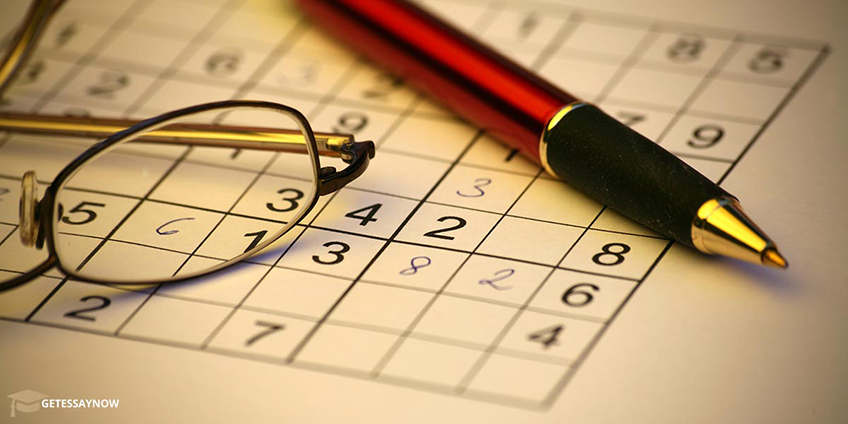 You sit in the train and see each and every one being occupied with an interesting game. No, it is not an update of the World of Tanks, neither it is the magazine of crosswords. It is Sudoku. What is it? How to play it? Why is it so popular? Let's find out.

Just grab a pen or a pencil, have a cozy place to sit and concentrate and enjoy the world of Sudoku, thanks to the best essay writing service getessaynow.com!

Sudoku is basically a Japanese translation but not originally from the Land of the Rising Sun. The correct name would sound like "Su Doku" which is "the numbers must be single". Indeed, the rules of this game require that. Although, the first sprouts that resembled the game were noticeable in France in the 19th century, the modern look as it is now has been invented by a single person, the American Howard Garns. The puzzle game has quickly gained its popularity due to its simplicity and availability.

The instructions to the game are available on the whole web and sooner or later you will comprehend the main idea of playing this game, but to make you become truly interested in it, here are a few reasons why personally I have chosen this game over hundreds (maybe thousands, I don't know) of other games.

The Sudoku game is fairly honored the title of the easy and at the same time complicated game. It doesn't contain any head-breaking and distracting patterns on the gaudy background but a white grid (as a rule) with tiny boxes filled with numbers or letters or even colors. However, to fully comprehend the pleasure of this puzzle game, you need to practice a lot.